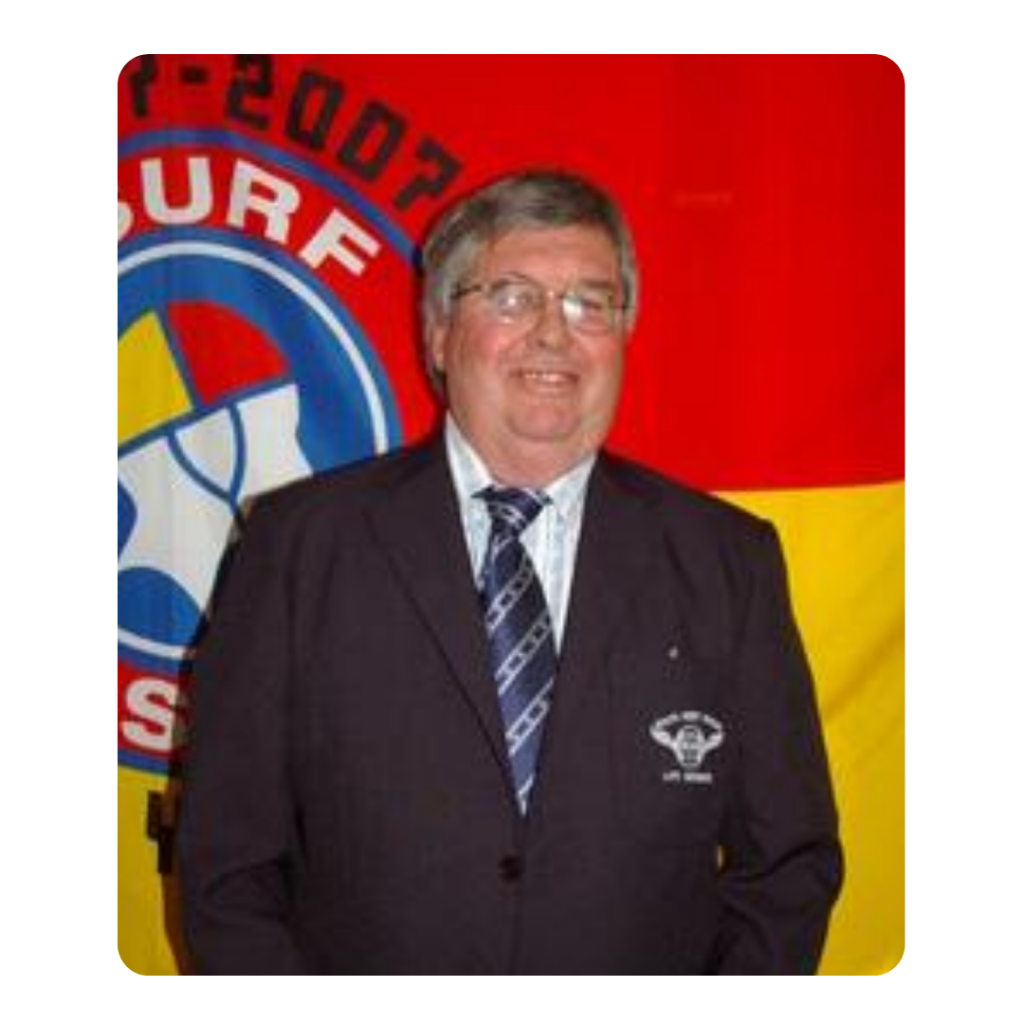 Greg ‘Whale’ Coleman was originally from the Western Suburbs of Sydney and was a late starter to surf club life, in fact his first ever surf club was the South West Rocks club at which he joined at 27 years of age. The original lure was the team work and comradery provided by surf boat rowing with his Kempsey Rugby League mates. From the moment he joined the club the whole Surf Life Saving culture and ethos became Greg’s number one passion and pastime.

During those years, Greg invested hours into the club leading the club in other roles such as bar manager, boat captain and awards accreditation including: Advanced Resuscitation, IRB Crew Certificate, Bronze Medallion Trainer and Assessor and a Level 1 Surf Coach.

“Whale” described surf boat rowing as “the ultimate team sport”, one weak link and you’re doomed for failure. He went on to recruit and sweep many, many crews over a  fifteen year period and was well renowned for bringing boats into shore sideways, backwards and under water and many times without its crew but that joy of work ethic and competitive fun drove him to go do it all again at the next race. He was a driving force behind the inception of the North Coast Boat Series.

Through the surf club facilities Greg drove many youth programs for the kids of South West Rocks, to keep them occupied and being productive. He fund-raised and set-up a fully equipped weight room and encouraged his four sons and wife into a fulfilling and rewarding life as members of the Surf Club. All of Greg’s sons were married in the Clubhouse and his funeral was one of the biggest events held at the licensed club in its time.