Anthony (Tony) Hayes first joined the SWRSLSC in 1968. During this time ‘Haysie’ as he is fondly known has gained multiple awards, including: Advanced Resuscitation Certificate, IRB Crew Certificate, Silver Medallion – IRB Driver. He was also gained his Instructors Certificate in 1978 and was one of the MNC’s best trainers for decades.


In 2014 Tony was awarded an ‘Order of Australia Medal’ for this efforts, not just in surf life saving, but in other community groups in the Macleay Valley spanning decades. He was also inducted as a MNC Branch Life Member in 1994 and SLSNSW Life Member in 1999. ‘Haysie’ still runs the Friday Night Raffles at the club which raises approximately $10,000 a year for the purchase of equipment and over sees the ‘Old Farts Committee’ who are a group of retired members that complete maintenance and gardening around the clubhouse. 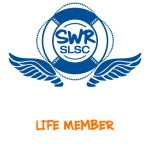